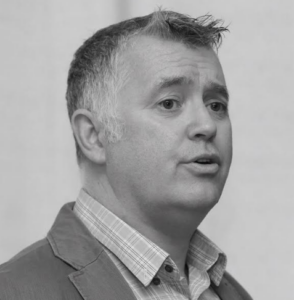 With over 28 years experience in the private and public security sectors, Pat Finucane is an
experienced security professional and transformation driver with a demonstrated history of physical
security program design and execution across global markets.  He was recently appointed Global
Physical Security Operations Manager at Pinterest.

Prior to joining Pinterest, Pat has held senior leadership roles at Dropbox, Global Risk Solutions and
the Irish Defence Forces. He has served on operational deployments to the Middle East, Africa and
across the Balkans.

A keen advocate for veteran affairs and continuing professional development, Pat is the co-
president of the Veterans Employee Resource Group at Pinterest, where he is actively involved in
helping former service personnel transition from service to new careers in
the tech sector.

IFPO UK & Ireland is a not-for-profit, professional membership association which provides
professional learning opportunities for security practitioners, to impart the knowledge,
skills, and competencies required to maximize job performance and enhance career
potential. The UK website, www.IFPO.UK, was launched in July 2020. The UK Director is
Mike Hurst CPP and he is supported by an Advisory Board of experienced security
professionals.

The International Foundation for Protection Officers was established in 1988 in Canada by
Ron Minion, a former member of the Royal Canadian Mounted Police and owner of a large
Canadian contract business. He served as its Executive Director until 1992, and was
succeeded by Sandi Davies, who has held the office since then.