Women in Security: Changing the Narrative 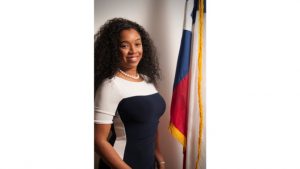 BY TORY HINTON AND KEVIN FRIEDMAN ON SEP 8, 2016, SecurityInfoWatch:

Change – it is the greatest challenge and opportunity people face today. Change forces a company, an industry, even an entire nation to adapt in order to survive and succeed. The ascent and increased influence of women in previously male-dominated domains has begun a paradigm shift.

Some of the greatest innovations have been realized under female leaders like IBM CEO Ginni Rometty, Facebook COO Sheryl Sandberg, General Motors CEO Mary Barra, former Secretary of State Condoleezza Rice and the first female presidential nominee of a major political party, Hillary Clinton. After all, the American people may vote to have a woman hold the highest office in the land this November. Despite there being monumental progress, the glass ceiling may be cracked, but is far from being shattered, which begs a question. What about female leadership in the security industry?

According to the International Information System Security Certification Consortium or (ISC) 2, just 10 percent of securities, specifically cyber, professionals worldwide are women. To flip that statistic, 90 percent are male. This number is staggering, especially for 2016, and merits a response. In order for the security industry to reach its highest potential, change must occur in both policy and practice to reflect that men and women play an equally critical role in keeping the world safe and secure.

“We must tap into all our talent,” said Laquitta DeMerchant, security officer and service account manager at NetIQ Corporation. “The next generation of security leaders must be more diverse than ever before. Women must play from the front lines to the C-level.”

Where We Have Come From

Security has traditionally been viewed as a male profession and some have even called it the “good ole boys club.” It wasn’t until the mid to late twentieth century that it developed into a viable market with diverse job opportunities that would later attract women. From the mid-1950s to the late 1970s, security sector opportunities began to evolve. It was during this time that several industry organizations were founded, including the American Society for Industrial Security (ASIS International), the International Security Conferences (ISC Events), and the Security Industry Association (SIA).

As the industry gained momentum, women were just finding their footing in the workforce. According to a study called Civilian Labor Force by Sex, 1948-2015 Annual Averages, a report by the United States Department of Labor, women represented 38 percent of the working population in 1970. This figure grew to 46 percent by the mid-1990s by which time a small percentage of women had started working in security. For those entering the market, many had worked in law enforcement so security was a logical move. For others, their experience was in a different field so security was entirely new.

“I was selling organic hair and skin care products to the African American community when the opportunity to get into the security industry presented itself,” said Eddie Reynolds, now the president and CEO of Iluminar Inc.

When asked about her impression of the security sector in the mid-1990s, Reynolds answered, “I loved it! It was great to learn about cameras, access control, fire and burglary systems. It was wonderful to interact with clients and design systems for them.”

“It was new and exciting,” added DeMerchant whose background was in IT. “When I was in college, none of the courses covered security in-depth. It was great to be on the cutting edge.”

“The security industry had, at the time and still does to a degree, the reputation of ‘guards, guns, and gates,’ the proverbial door shaker,” said Dawn Gregory, who had come from the Los Angeles County Deputy Sheriff Department.

“Once I saw the variety and growth potential of security, I was very impressed,” continued Gregory, who today is the site security manager for MillerCoors and the vice chair of ASIS International’s Fire and Life Safety Council.

Although the industry’s opportunities and day-to-day work had a strong appeal, the gender gap was off-putting for many women.

“I was shocked by how few women were in the industry,” said Karen Evans, president and CEO of Sielox, LLC, who began her career in the 1980s. “I always felt like I was one of the only females participating in technical training classes, site surveys and trade shows.”

Inge Sebyan Black, a security consultant and regional security manager for a national top 10 bank, described her initial reaction of the security industry in three words: “all male dominated.”

For Marianna Perry, who had worked for the Kentucky State Police, the small female presence in security wasn’t a surprise.

“I have always held positions in male-dominated industries, so the transition to the security industry was not a problem for me,” said Perry, now the owner of a consulting firm called Loss Prevention and Safety Management, LLC. “I had grown accustomed to being the only woman or one of the very few women at security events or training programs.”

Read the rest of the story here.