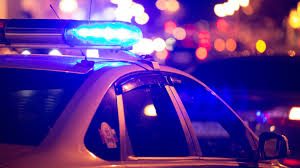 Police have one suspect in custody and are searching for another suspect following an early morning shooting on University of Maryland's campus.

COLLEGE PARK, MD. Sept 7 2016 Police have one suspect in custody and are searching for another suspect following an early morning shooting on University of Maryland's campus.
The shooting happened just inside the loading dock area at the UMUC Inn & Conference Center at 3501 University Blvd E.
A security officer was shot trying to stop an armed robbery and is now in critical condition at an area hospital. Police will not release his identity until his family is notified.
According to police, the two suspects stole three safes from the conference center, but dropped them outside. One safe and a handgun were found near the loading dock.

Man wanted for shooting guard at Georgia hotel
Two safes and a loaded magazine were found in the woods.
UMPD searched the wooded area near the hotel and conference center for the suspects and found one of them. He is now in custody.
They continue to search for the second, possibly armed suspect.

The suspect is described as an adult male, between 180 and 200 pounds. His race is unknown. He was seen yellow gloves, brown hiking boots and dark pants.