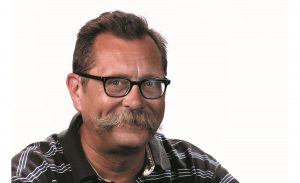 The award bears Bill's name because of his deep dedication  to the security industry, covering ad shaping it for more than three decades.

Bill's knowledge of the industry, his readers, the advertisers of the publications and their services have brought great value to his contributions. Bill strived to serve the industry with professional excellence.

If you would like to nominate an individual or department, please view the Award Nomination Criteria and complete the Nomination Form below:

Upon completion of the nomination form, please send the completed form to sandidavies@ifpo.org 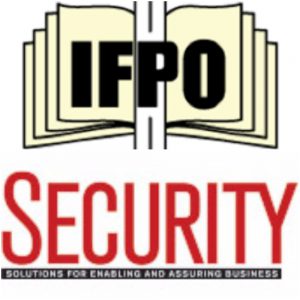 ABOUT THE INTERNATIONAL FOUNDATION FOR PROTECTION OFFICERS:

Mission Statement:  The International Foundation for Protection Officer is committed to the support and professional development of protection officers.  Through advocacy; promoting training standards; and providing accessible training, education and certification opportunities; we seek to enhance the professional standing of protection officers, as well as increase and diversify the value of the vital services they provide.

Vision Statement:  Commitment to Excellence:  To become the recognized center of excellence for providing educational and training products and services to the security industry.

Bill served in the US Army for a number of years.  In 1987 Bill became the editor of SECURITY MAGAZINE and SDM Magazine. He spent over three decades covering and shaping the security industry.  His knowledge of the industry, his readers, the advertisers of the publications and their products and services brought great value to his contributions.

In 2009 Bill became the Editor emeritus working with Editor Diane Ritchey.  He continued to do research, writing insightful articles, columns and blogs.  He wrote the Zalud Report, a popular column about technology and industry trends, up until a few years ago.  The archives of his column are available online at securitymagazine.com.

Bill was a fair and respectful with industry editors, ‘well liked and respected; devoted to his work; classy and engaging.  Bill was an iconic leader in the security industry for years.  His prolific writing carried his wit and enthusiasm onto magazine pages and into reader’s minds, which is truly an art.  In 2006, when the first ‘Most Influential People in Security’ was launched and a nominee list was drafted, Bill insisted McGruff the Crime Dog be included with the insight, and noted “He’s done as much as anyone else on this list to influence security.’

We are very proud to have had Bill serve on the IFPO Board for more than a decade    His long and outstanding service to our organization made a significant difference.  Bill had given strategic direction and vision to the Foundation.  As an industry insider, his leadership was instrumental in making the Foundation the success it is today.